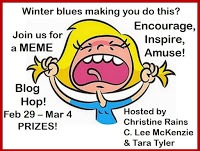 Remember this little Meme Hop? Well, it turned out to be a lot of fun and easy to do. It wasn’t easy to pick winners, however. Tara, Christine and I had a devil of a time. But here they are. All very funny. And I only am showing one of each entrant. Some had several. Way to go writers.

Thanks for playing everyone! Here were the book prizes. 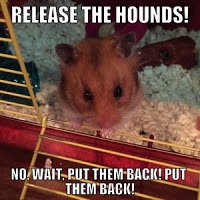 PepperWords won one of the $25. GC from Amazon. 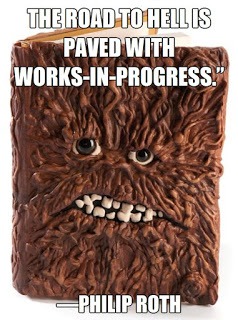 Check out the other winners on Tara and Christine’s sites. They each offered copies of their books, and there was one more $25 GC. Were you one of the lucky meme-makers?

L.L. is one of my Newsletter followers and she just won a signed copy of A. Formento’s Twigs. Congrats L.L. The book is on the way.
My March Newsletter goes out next week. Hope you’ve signed up. I’m sending everyone a Marketing Checklist with examples of how I’m using it to improve my marketing. More about my marketing next month. There’s also some news. Yes. I actually have NEWS. 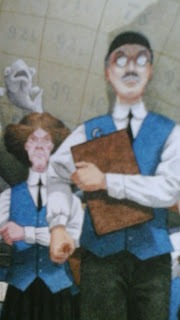 David Wiesner is one of my favorite picture book writers, and I have three of his books. I decided to take a look and see 1) if he had any elderly characters and 2) if he treated them fairly or as stereotypes. Here’s what I found. In one book there were zero elderly, even the animals were young. In another there was one picture of adults, however, I couldn’t count them as elderly. They were reading while their son explored the beach. In the third book there were four characters that were pictured as elderly: round glasses, gray hair and facial lines. All were stern and, while not unkind,  they were stiff and all business. It didn’t look as if being older was much fun. 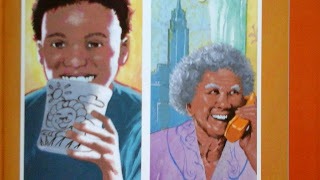 A writer friend, Cynthia Jaynes Omolou published this PB, so I took a look at it again to see what she’d done with elderly characters. Hurray for Omolou. She not only had three elderly characters ( two men and a woman), but they were of varied ethnicity.

Quote of the Week:  “Knowing what’s right doesn’t mean much unless you do what’s right.” Theodore Roosevelt