Most of my readers know I’m launching my first Middle Grade novel, Alligators Overhead. How could they not? That’s all I’m posting about these days. Sorry. I’m not usually so ME, ME, ME, and this will pass. I promise.

When I started writing this story it was just for fun and just for me. Then a few kids read parts and wanted to know how it ended. That lead to my wondering how it ended, too. So I had to find out. This was my most “by the seat of my pants” book I’ve ever written, so it has taken me some time.

While I was trying to figure out that ending, I did some research into alligators and found lots of interesting facts. I thought I’d share some of them. 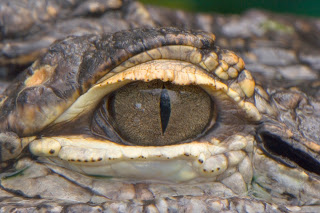 Other writers have used alligators in stories for kids. This one is for the really young pre-reader by our late, but forever great Maurice Sendak.
Alligators All Around

Here’s another author who seems amused by alligators. Mercer Mayer wrote a bedtime story for the little old set. His book, There’s an Alligator Under My Bed, seems to have brought out the ham in this writer.

When I was a kid I loved stories about animals: Bambi, My Friend Flicka, The Black Stallion, all the James Herriot books. I never did care much about alligator stories (Captain Hook’s enemy being the exception-or was that guy a crocodile?), and here I am the author of a book with these reptiles as major characters. What were your favorite animal stories growing up? Do you know of other books with alligators as featured characters?

THE SEASON by SARAH MACLEAN takes the reader back to the elegance of the great balls, fine dresses, and aristocratic excesses of the Regency period in England. Into this setting she brings seventeen-year-old Lady Alexandra Stafford who doesn’t fit— she’s strong-willed, sharp-tongued, and she absolutely loathes dress fittings. Unfortunately, her mother has been waiting for years for Alex to be old enough to take part in the social whirlwind of a London Season so she can be married off to someone safe, respectable, wealthy, and almost certainly boring. But Alex is much more interested in adventure than romance.

Between sumptuous balls, lavish dinner parties and country weekends, Alex, along with her two best friends, Ella and Vivi, manages to get entangled in her biggest scrape yet. When the Earl of Blackmoor is killed in a puzzling accident, Alex decides to help his son, the brooding and devilishly handsome Gavin, uncover the truth. It’s a mystery brimming with espionage, murder, and suspicion. As she and Gavin grow closer, will Alex’s heart be stolen in the process?

Romance and danger fill the air, as this year’s Season begins!

Sarah Maclean grew up in Rhode Island, where she spent much of her free time bemoaning the fact that she was more than a century too late for own Season. Her unabashed addiction to historical fiction helped to earn her a degree in European History from Smith College before she moved to New York City to pursue a career in publishing. After receiving a Masters in Education from Harvard University, Sarah returned to New York, where she lives with her husband, their dog, and a ridiculously large collection of romance novels. She is currently working on a series of regency-set romances to be released in 2010 from Avon/HarperCollins.

Here’s what the author had to say in answer to a few of my questions:

Sarah, of all your favorite books, which one do you wish you had written?

Oh, that’s easy! Pride & Prejudice. Austen’s voice is AMAZING–her ability to write sentences as a narrator that also sound like they’re from the mind of the character is unparalleled. She knows her characters so well, she can speak as author and subject all at the same time. It’s completely incredible.

After I asked this question, I kind of had a “duh” moment. What other possible answer could you give?

What fictional character do you wish you could be? To save me from another “duh,” I wouldn’t let her say Elizabeth Bennet. As it turned out she hadn’t planned to.

Love that answer, Sarah. Love the period you write about and love your book.

It’s out and it’s ready, so order your copy now.

Just in case anybody doesn’t know what a zombie is here’s a quick definition: somebody who dies and is brought back to life. We might have gotten the word from “zonbi,” a Bantu word that means a sort of re-constituted human.

These creepy, Halloweeny monsters walk among the stories we love to read and be scared by. They draw us into the story as surely as ghosts and goblins and witches.

Stacey Jay’s main character, Megan Berry, in You Are So Undead to Me offers a slight twist on the traditional zombi, but she is no less compelling AND she’s cute!. Hey, that’s an interesting combo. Give it a read. Get your copy today.

You Are So Undead to Me is a quirky, eerie undead romance that is a “must read” for 2009.

After reading the description, this is what I wondered. How can a zombie be even close to average? How can social life even be a part of her vocabulary? You have to read Stacey Jay’s book to find out.

About You Are So Undead to Me
Megan Berry’s social life is so dead. Literally. Fifteen-year-old Megan Berry is a Zombie Settler by birth, which means she’s part-time shrink to a bunch of dead people. All Megan wants is to be normal–and go to homecoming. But someone in school is using black magic to turn average, angsty Undead into flesh-eating Zombies, and it’s looking like homecoming will turn out to be a very different kind of party–the bloody kind.

About Stacey Jay
Stacey Jay is a workaholic with three pen names, four kids, and a decidedly macabre sense of humor. She loves zombies, creepies, crawlies, blood, guts, gore, and of course, romance. “You are So Undead to Me”, Stacey’s debut paranormal Young Adult Romance featuring Zombie Settler, Megan Berry will be a January 22nd 2009 release from Razorbill books.

Here’s what Stacey has to say about a few things this blogger asked.

Did you set out to write a paranormal YA romance or did it sneak up on you?

I set out to write it, like a hobbit embarking on a great quest…or something like that. I love reading paranormal YA and I’ve written a lot of romance in the past so I figured it would be a lot of fun to try my hand at blending the two.

Which of your characters would you most like to hang out with?

Monica, weirdly enough, the bitchy older nemesis. Underneath all her nasty is a very cool girl who is funny, smart, and would probably be a great friend.

Is there any deep, dark secret childhood experience that serves as a well for your paranormal plot or characters?

Wow…very interesting question. Actually…I can’t believe I’m confessing this…but I used to see auras around people when I was very little. Kind of a faint light in different colors, particularly around their heads and chests. Weird, I know, but I thought it was normal until I was five or six. Then, by the time I realized how weird it was, the colors went away. (Thank god, I was weird enough in Junior High as it was.)

But I guess that created an interest in paranormal phenomenon and a willingness to consider things outside the realm of common experience.

Are there any topics you’d never want to write about?

There are probably some topics I wouldn’t enjoy writing about, but I never say never. Sometimes the things you don’t enjoy can be the most powerful. Still, I can probably say I’ll never write a Christmas cookie cookbook. I am a very poor baker. My sugar cookies last year looked like sugar muffins and had a very displeasing texture. My children weren’t happy with them, even with extra sprinkles on top.

She’s only fifteen, so it’s hard to think of getting her hitched so soon! But, if she could have her say, I’m sure she’d want to say her “I do’s” with Ethan, the hero of YOU ARE SO UNDEAD TO ME. He’s also a zombie Settler, so maybe they’d do something cute and gothic with the invitations and hold it in a cemetery late at night with all their Settler friends and family in attendance.

Find out more about You Are So Undead to Me and the author Stacey Jay at her website. Be sure to order your copy and find a nice dark, safe place to read uninterrupted.