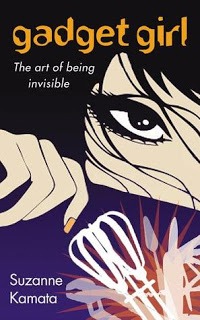 Buy on Amazon
Add to your TBR list on Goodreads

Aiko Cassidy is fourteen and lives with her sculptor mother in a small Midwestern town. For most of her young life Aiko, who has cerebral palsy, has been her mother’s muse. But now, she no longer wants to pose for the sculptures that have made her mother famous and have put food on the table. Aiko works hard on her own dream of becoming a great manga artist with a secret identity.
When Aiko’s mother invites her to Paris for a major exhibition of her work, Aiko at first resists. She’d much rather go to Japan, Manga Capital of the World, where she might be able to finally meet her father,the indigo farmer. When she gets to France, however, a hot waiter with a passion for manga and an interest in Aiko makes her wonder if being invisible is such a great thing after all. And a side trip to Lourdes, ridiculous as it seems to her, might just change her life.
And here’s Suzanne 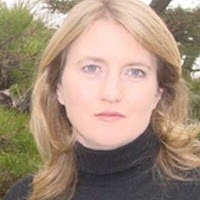 Suzanne Kamata was born and raised in Grand Haven, Michigan. She is most recently from Lexington, South Carolina, and now lives in Tokushima Prefecture, Japan with her husband and two children.
Her short stories, essays, articles and book reviews have appeared in over 100 publications including Real Simple, Brain, Child, Cicada, and The Japan Times. Her work has been nominated for the Pushcart Prize five times, and received a Special Mention in 2006. She is also a two-time winner of the All Nippon Airways/​Wingspan Fiction Contest, winner of the Paris Book Festival, and winner of a SCBWI Magazine Merit Award
This is how Gadget Girl begins.
My father has blue hands. Or at least that’s what Mom tells me–one of the few facts I’ve been able to wring out of her. See, he’s the eldest sone of one of the last indigo producers in his village on the Japanese island of Shikoku His family has been growing indigo for generations–cuter, even–since back in the time of the shoguns.
“You were named after that plant,” Mom told me. “Ai means indigo. Ko means child.”

Indigo is my destiny.
Her next book arrives in 2017. The Mermaids of Lake Michigan. 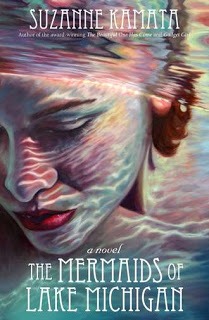 Heritage is the #InkRipples topic for November

#InkRipples:a monthly meme created by Kai Strand, Mary Waibel, and Katie L. Carroll.
Post on the first Monday of every month with a new topic.
This is a cookbook filled with history and heritage of foods from the early immigrants to the U.S. Every time I make a dish, using this book, I learn more about the people who have helped shape our nation.

Here’s why pumpkins are so much a part of our Thanksgiving feasts. “For the early colonists pumpkin was often the difference between survival and starvation. It was fit for only the peasants, said Europe. But the Colonists soon overcame this prejudice, and pumpkin became an almost daily staple in the New World.”

Quote of the Week: “So long as you have food in your mouth,  you have solved all questions for the time being.” Franz Kafka