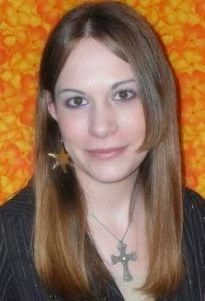 with her latest book in her Disaster Crimes series

Chry Fey’s story takes place very close to where I live and rings quite true from my experience. October 17, 1989 the Loma Prieta 6.9 quake hit our mountain area hard because we live on that bad boy called the San Andreas Fault.
One day I need to write about that, but in the meantime, Chrys has written a story that captures the power, the shock and the reality of a California earthquake–one that takes place in a city of tall buildings and steep hills. A city called San Francisco.

1. A large earthquake has the power of not just one atomic
bomb, but 100,000 of them!
2. No place on earth is completely free of earthquakes.
3. In the 1906 quake, the San Andreas Fault slipped about
20 feet.
4. The largest, strongest shockwave typically lasts about
40-45 seconds.
5. There is no way to predict when a major quake will
strike.
6. About a million earthquakes rock the planet, but most
are barely felt.
7. Since 1800, only four quakes have been categorized as
major (7.0 or higher).
8. Before 2032, an earthquake of 6.7 or greater is
predicted to strike the Bay Area.
9. Atlantis is thought to have been swallowed by
earthquakes.

10. Due to two large blocks of crust slipping in opposite
direction, Los Angeles is moving toward San Francisco at the rate of 2 inches a
year.

Title: Seismic Crimes
Author: Chrys Fey
Series: Disaster Crimes Series (Book Two)
Publisher: The Wild Rose Press
Format: Digital and Print
Page Count: 282
DIGITAL LINKS:
Amazon US / Amazon UK / Amazon CA
NOOK / KOBO / All Romance eBooks
PRINT LINKS:
Amazon US / Amazon UK / Amazon CA
The Wild Rose Press
BLURB:
An Internal Affairs Investigator was murdered and his brother, Donovan Goldwyn, was framed. Now Donovan is desperate to prove his innocence. And the one person who can do that is the woman who saved him from a deadly hurricane—Beth Kennedy. From the moment their fates intertwined, passion consumed him. He wants her in his arms. More, he wants her by his side in his darkest moments.
Beth Kennedy may not know everything about Donovan, but she can’t deny what she feels for him. It’s her love for him that pushes her to do whatever she has to do to help him get justice, including putting herself in a criminal’s crosshairs.
When a tip reveals the killer’s location, they travel to California, but then an earthquake of catastrophic proportions separates them. As aftershocks roll the land, Beth and Donovan have to endure dangerous conditions while trying to find their way back to one another. Will they reunite and find the killer, or will they lose everything?

I read Book 1 and enjoyed it. Here’s my Review 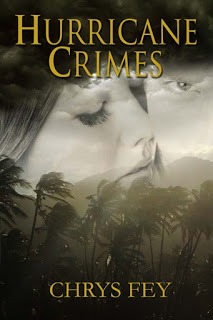 Sign up for a chance to win some books and to be featured in one of the months ahead.
If you’re featured I: