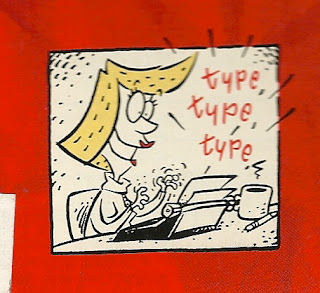 It looks as if Blogger is back up, but it pulled this post from Thursday and all the comments with it. Sheesh! Guess I’ll just keep this one up a while.
Here’s what I’ve learned about building a scene.

Each scene must have

I think of all the scenes in the book as stair steps to the end of the story where everything is resolved.

Here’s an example of an early scene in Princess of Las Pulgas when Carlie has just had a scary encounter. In the following scene, she tries to tell her mom what happened without alarming her more than she usually is about Carlie’s safety. In the end I bring the scene back to the even scarier move from her home to Las Pulgas.

GOAL: To pull Carlie back to the reality of her loss.
SET UP: I’m not getting out of telling her something about tonight. But what? If Mrs. Franklin calls to complain to Mom about what happened, she’ll hear a version of the story I probably won’t like. That would so be like that cranky vegan. Mom’s in a pretty mellow mood—playing her take-turns game. If I tell the Sean story, keep it light—
“A really strange thing happened at the Franklins.” My laugh sounds forced, but she doesn’t tense up. I tell about Sean, the burglar, only I don’t use that word, choosing “suspected intruder,” “hidden safely,” and a “little nervous” to explain what happened.
CONFLICT: “Carlie!” She lunges for my hand as if she’s saving me from falling off a cliff. She’s been so protective of Keith and me that we can’t go outside to get the newspaper without her asking where we’re going.
“I overreacted, Mom. Really. And it ended . . . fine. Sean—”
“I’m calling the Franklins. Don’t they have an alarm system?”
“Yes, but I told you. It was a nephew who had a key. I just didn’t know. It wasn’t a big deal.”
She still hasn’t let go of my hand and now she grips it even more tightly. “It’s a big deal to me. If anything happened—”
“But nothing did. It was my imagination.” I want to say, “You have no idea how unimaginative this version is,” but instead I stroke the back of her hand. “Your turn.”
She rubs her forehead with both hands, taking her time before starting. I’ve seen her do this a lot as if she’s constructing interior dams to hold back a flash flood—sometimes tears, sometimes fear. Sometimes I think it’s anger. It’s as if she’ll be washed away if she doesn’t control every emotion as it rises inside her.
DISASTER: “I arranged for the moving company today.”
I’d almost forgotten about Las Pulgas. I come down from my Sean high so fast that I swear my ears pop. Now tonight’s scare is nothing compared to what the move on the fifteenth is going to be.
The Princess of Las Pulgas, C. Lee McKenzie
WestSide Books, 2009
Here are some links you might find interesting about building scenes. Holly Lisle writes about each scene having

In John August’s post about writing scenes for screenwriters he includes great advice for novelists as well. Two of my favorites are:

Next In the Throes of Thursday_Building Tension Into Your Story.