It’s hard to admit, but many of us view the world through a very narrow set of cultural norms–OURS. And it’s totally understandable because we’ve known our culture from birth. Unless we’re exposed to other world views through travel, contact with people from different parts of world who live near us or in books that open our minds to different ways of looking at the world we use our standards as the RIGHT ones.

Last week in Young Adult Teen Tuesday I applauded the multi-cultural books that revealed different cultural norms and held up stereotypes scrutiny. Today I’m welcoming a writer with a new book that does exactly that. I think you’ll enjoy meeting STEPHANIE JEFFERSON and learning about her book, PRINCESS KANDRAKE. 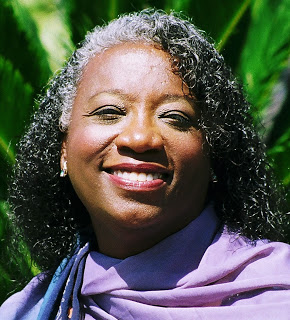 Hello Lee, thank you for this opportunity to share some of my thoughts here on your blog. When asked, I usually tell people the story of how I came to write this book in the first place.

One afternoon my 3 year-old granddaughter who loves to play dress-up came to me saying, “Nana, I want to be a princess. Where are all of the beautiful brown princesses?” She was pointing to a Disney ad at the time. It was imperative that I find a ‘beautiful brown princess’, immediately. The research began and once that was complete I started writing PRINCESS KANDAKE. 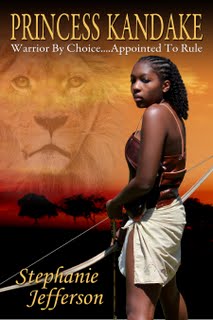 Coming up with the story wasn’t that difficult, but getting the publishing world to accept it was another thing. Once the novel was complete I had to sell it. I shopped it everywhere! I got great feedback, but no takers. This manuscript even made it to the semi-finals of the 2010 Amazon Breakthrough Novel Award. It got an outstanding review from Publishers Weekly. I was told by editors and agents alike that the writing is perfect, but…
Here were some of the controversial issues of this story:
These are all thoughts that go counter to western culture, particularly American culture.
This is a story with a message: Being born brown or female or brown female does not stop you from being able to go after whatever dream you have. You don’t need to wait for someone to rescue you or tell you that you can. You do the rescuing. Your hard work will open the doors.
The book, PRINCESS Kandake: Warrior by Choice…Appointed to Rule, tells the story of a young girl who dreams of being a warrior, but life dictates that she will rule the kingdom of Nubia. Kandake decides to do what is best for her and for the kingdom. To do this she must learn the value of both—become both, queen and warrior.
Given the way western culture struggles with accepting cultures different than their own, I have two questions for you.
If the publishers had their way and put a ‘less ethnic-looking’ Kandake on the cover, how would that affect the book’s attractiveness to you?

In ancient Nubia (and many other cultures) young women announce their coming of age by the baring of their breasts. Does including this as part of the story offend you?

Writing this novel brought me more joy than I can tell. Knowing that my granddaughter will read a story that speaks to her particular beauty and strength puts my soul at rest. But this story is not only for her. It is for EVERY girl who wonders if she can. The answer to that is a resounding YES!
PS. The cover model is one of my beta readers. She’s beautiful, bright, and has a heart full of “I CAN!” By the way, I made the costume she’s wearing.
Get your copy of PRINCESS KANDAKE. It’s available in print and digital formats.
www.createspace.com/3720107 (print)
www.amazon.com/dp/B006WVHZHW (Kindle)
www.barnesandnoble.com/w/princess-kandake-stephanie-jefferson/1108160786?ean=2940032974567&itm=1&usri=princess+kandake (Nook)
www.smashwords.combooks/view/118541 (for many other digital formats such as Sony, iBook, etc.) 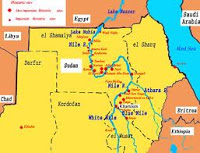 Thanks for your wonderful post, Stephanie. I’ve already looked up Nubia and want to know more about the country and its people. I appreciate your opening this culture to me.