Some time ago I rambled on about that edgy YA that was writing and so excited about, and then one day inspiration packed its bag and took a vacation. “So what,” I said and gleefully launched a new project. I would turn one of my middle grade novels into a YA. That lasted for several days–8 I think. 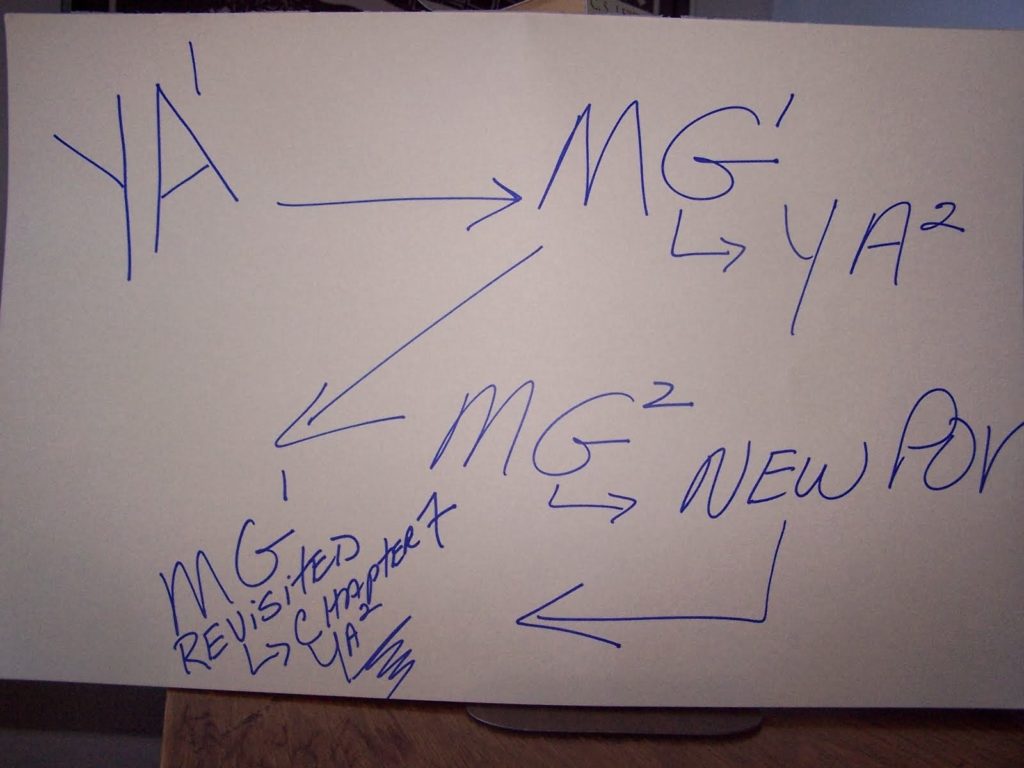 So there I was at Chapter 7, feeling pretty smug when, wham, this other middle grade popped into my head, one I’d written and tucked away a year ago. All that book needed was a few adjustments, and I’d have something ready for my critique group, and maybe I could sub it by this summer.

That’s when something very strange happened.

Here’s the story: I was at my desk, hammering out those “adjustment” when I heard this pounding at my front door. When I opened it a whole gaggle of people clustered outside. One, a young nondescript girl wearing either a sweater or a blouse, I couldn’t tell, stepped out of the group.

“They’ve chosen me as the spokesperson,” said she.
“They?”
“Your characters.”
I cast a wary eye over the crowd. Three young boys, one in a striped T-shirt, one kind of sandy haired, the other dark and growly, stood with their arms crossed, their eyes unfriendly.
“I remember you. You’re in that Dragon story, right?”
They nodded in unison.
“Did I write you as hostile young boys?”
“No,” the growly boy said. “It’s the waiting that’s made us this way.”
“I see.” I noticed an older woman looking rather lost and teary in the middle of the group. “Why are you so unhappy?”
“That’s the way you left me two years ago. Could you please just step on it and figure out how to get me out of this slump?”
“Gee, I didn’t think . . . I mean, you’re just characters—” The crowd turned hostile. I held up both hand in apology. “I’m doing the best I can. Right now I’m all over that ghost story.

The nondescript girl cleared her throat. “All we want is some follow through, you know? I’m tired of not having a personality or even decent . . . clothes.” She passed her hand over her unexceptional self.
“Thank you for bringing me your concerns. I’ll make a plan and stick to it. Promise.” I turned to go back to the safety of my office, but stopped in the doorway and looked back at Ms. Average. “BTW, are you wearing a sweater or a blouse?”

“Good question. You never decided, remember? When you get around to finishing that story, however, I’d like a sweater. Cashmere. Bright yellow.” And off she walked, or ambled, or cavorted. I haven’t made up my mind.

So have your characters ever organized and confronted you? If they did what would they complain or applaud about your writing plan, or like in my case, non-plan? You might consider how you’ll handle what I just had to because it can be very touchy. Once they turn on you, you could be in serious trouble.
Be sure to visit others like myself who have banded together for this IWSG. Our Twitter hashtag is #IWSG.

Composers For Relief Cover Reveal for Beyond the Binding

I’ve been looking forward to seeing this for a while. I’m not disappointed. Are you?