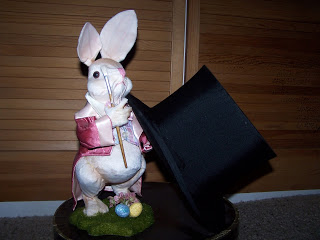 Erasing the “blah” words always perks up your prose, and if you read one of my previous posts I told you about some of my “blahest” words. There’s another group that I call the tricksters. I have to be careful because in the heat of writing I often forget about these fellas and blush when I revise and find I’ve misused them. I’m supposed to be a professional. 🙂

I try to excuse these errors by rationalizing that these “tricksters” are often ones undergoing change because of popular usage. I admit to being the kind of linguist that errs on the side of “describing” what’s going on in our language, but like William Safire, I kinda want to hold to some standard of “good” English. I don’t want to be a language snob, but I definitely don’t want to be a language slob either.

Any more/ anymore:
Oh dear.  It’s clear that anyone, anywhere, and anybody always have a single form, but why do we have two choices here? It’s all about meaning.

The simplest way to keep these guys straight is to use farther only when you write about distance, real and metaphorical. The rest of the time go with further. I love it when it’s simple.

I want to go further into that discussion with you.

Less/Fewer:
Less has pretty much taken the job of fewer. I seldom hear anyone make the distinction between them, but just in case there are a few writers who want to know I’ll give the old rule.

If you can count it, use fewer. If you can’t, use less.

He drinks fewer glasses of wine than I do. (So true.)
He has less wine stored than I do.  (Rats!)

Past/ Passed:
With past you have a preposition that shows location. He walked past me.  That’s in the past.
With passed you have a verb of action. He passed me.

I won’t go any further into these tricksters. Let’s just say that there are fewer problem words and less hassle than this post leads you to believe.  Get past these and you’ll have passed the revision test.  You won’t have to worry anymore about any more words. Well, almost.