The swamp does seem to be where all the ACTION is today because Alligators is visiting three more great blogs. And that started me thinking about–of all things–writing stories. 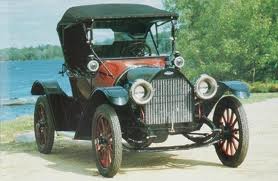 I’m one of those writers who likes to start with characters, then figure out what their story should be. I’m a terrible plotter, so it takes me a while to start the story engine, and I guess that’s why I  have to rewrite the beginning after I’ve written “The End.” My beginnings are miserable in early drafts. They can put a couch to sleep, really.

When I do my final revisions, I jump between rewriting the first pages to rewriting further into the story, tweaking both until I get that engine firing on all cylinders from page one. What I’ve found is that a smoothly running plot is really all about bringing those characters to life on the page before I do anything else. To me the characters are where the real ACTION is.

I have a lot to say about this, but I’m going to start with one easy characterization technique, EXAGGERATION. I love this when I’m writing for kids, but I think it works for adult stories as well. Here’s what I mean.

“Max towered over all the kids in the fifth grade and outweighed them by a bazillion pounds. He outweighed Josh by two bazillion.” (The Aliens From Murrg, C. Lee McKenzie)
Sure Max might be big, but I wanted him to appear super big to the kids at school. The description is funny because it’s impossible. It gives an idea to the reader that maybe this Max scares those kids, especially Josh, so there’s a bit of plot hinted in this short characterization. I’m getting to the ACTION through the character.
“Girl, my fingernails could grow an inch just waiting for you.” (High Hearts, Rita Mae Brown)
I loved this because how often have I waited for someone who is never on time, all the while wishing I had a way to express my frustration, humorously. Brown does that. I can see the friends in this scene, one tapping her foot, the other having just strolled up late again.
Do you use EXAGGERATION? Are characters your first entry into the story or do you try to figure out the plot first? I’ll try to come up with another technique tomorrow and run it past you to get your take on what I do when crafting my stories.
Now I hope you’ll say hi to LM PRESTON whose newest book Flutter Of Love has just come out, but she’s written several and here’s another of her action-packed stories.

DARBY KARCHUT, who series is getting a lot of buzz and awards. 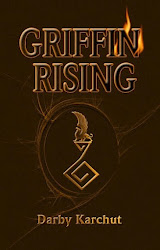 and DONNA MCDINE, who I’ve know since before I published anything, is going to host today and her interview is one I really enjoyed doing because I feel I’ve known her since I began this trip through book land. Hope you’ll stop in and say hi to this award winning author who supports authors all the time.