When I read a book, I often wonder if there’s a mini story tucked into the main one. And the reason for my curiosity is that I’ve been guilty of sneaking in some personal allusions in my books. I know I’m not alone. Even one of my writer friends included me as a character in her last book. Lee was a flower seller–a small cameo role–but a role nonetheless. She said it was her way of saying an additional thanks for my support. I loved it.

In Not Guilty, I wrote in a dog named Buddy. Buddy was a real dog. He had his own website with tales of his adventures and his favorite human, Mike. I was so sad when Buddy died. I felt as if he and Mike were good friends of mine. I asked Mike if he would mind if I paid my own tribute to his beloved Canine Couch Potato, and he not only didn’t mind, he loved the idea. Here’s the way I thought of Buddy.

From Not Guilty: By nature, Buddy was a people-loving retriever-mix who had come to him by some unknown chain of dog owners. He had a long history of being in and out of the pound. Their first day at the beach together, Devon found out why. Buddy hated water. He even hated wet sand under his paws. It took a lot of convincing to get Buddy on the sand that first day. Then they’d no sooner settled on the blanket when Buddy let out a yelp and hightailed it back to the asphalt. His leash whipped behind. People jumped out of the frantic dog’s way. Devon didn’t catch him until they’d run the length of Sugar Cove. Over the next few years, Buddy finally agreed to walk on the dry sand, but he never became the beach buddy Devon had imagined. And Frisbees could sail overhead all day without a single blink. He was a failed retriever, but he wasn’t a failed friend. 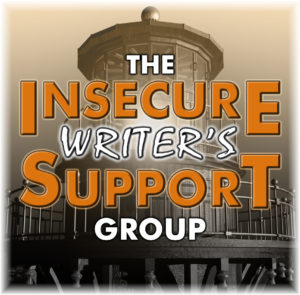 Now moving on to the matters of the First Wednesday on the Second Wednesday. Here’s #IWSG!

THE BIG NEWS IS WE’RE ONCE AGAIN IN TOP 100 WEBSITES FOR WRITERS! CHECK OUT THE LIST ON THE WRITE LIFE.

This month’s optional question – What started you on your writing journey? Was it a particular book, movie, story, or series? Was it a teacher/coach/spouse/friend/parent? Did you just “know” suddenly you wanted to write?

A news article kicked off my writing journey–at least the one that led me to publishing my first book. The 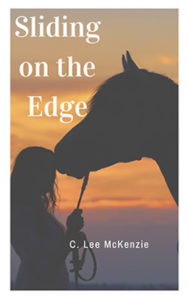 article reported that a high percentage of students on three Ivy League campuses admitted to some sort of self-abuse. I wanted to know what would cause a young, intelligent, and–to all appearances–successful person to cut or otherwise harm themselves. When I found out, I wrote Sliding on the Edge. This book was supposed to be my writing career– end of stories, but the publisher asked me for my next one, which I didn’t have, but I side-stepped that little problem and said I’d get back to them. I did, with The Princess of Las Pulgas. By then it was too late to stop, so I didn’t. I’m nine published books into this with three waiting on my C drive and one out to a publisher who asked for a full. I’ve promised to stop soon, but then I did that twelve books ago. 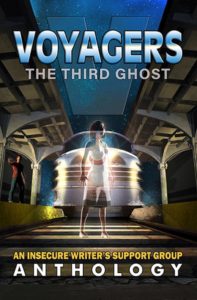 Many of you know about this contest, and we’ve announced the amazing winners, but here’s the cover and a synopsis to give everyone a better idea of what’s coming May 5.

Journey into the past…

Will the third ghost be found before fires take more lives? Can everyone be warned before Pompeii is buried again? What happens if a blizzard traps a family in East Germany? Will the Firebird help Soviet sisters outwit evil during WWII? And sneaking off to see the first aeroplane – what could go wrong?

Hand-picked by a panel of agents, authors, and editors, these ten tales will take readers on a voyage of wonder into history. Get ready for an exciting ride!

I’d like to give a shout out to another anthology that features some of my writer friends. I’ve known Janet Gurtler since I first started publishing books and Cheryl Rainfield is another wonderful writer and human being I’ve had a long online relationship with. I read this book last year and loved reviewing it. 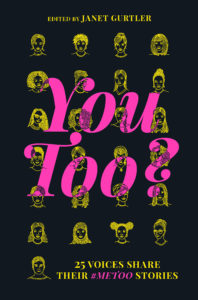 You Too? by Janet Gurtler
My rating: 5 of 5 stars

This collection of short stories reveals a sad truth about our society where young women are still objectified, and in some cases, abused. Each story is different, but there are underlying themes that run though many of them. “It’s the woman’s fault” is one, guilt is another, and shame. Some made me cry, some made me angry, but all of them made me aware.

Quote of the Month: “The trouble with writing fiction is that it has to make sense, whereas real life doesn’t.” Iain M. Banks Scottish Sci-Fi-Fi  author.