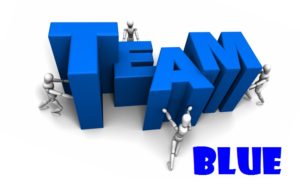 Welcome to YA Scavenger Hunt! This bi-annual event was first organized by author Colleen Houck as a way to give readers a chance to gain access to exclusive bonus material from their favorite authors…and a chance to win some awesome prizes! On this hunt, you not only get access to exclusive content from each author, you also get a clue for the hunt. Add up the clues, and you can enter for our prize–one lucky winner will receive one book from each author on the hunt in my team! But play fast: this contest (and all the exclusive bonus material) will only be online for 120 hour. The contest closes October 4 at noon Pacific Time, so get going and scoop up some great books and some interesting EXCLUSIVE CONTENT from these authors.

Go to the YA Scavenger Hunt page to find out all about the hunt. I’m a part of the BLUE TEAM–but there is also a red team and a purple team with a chance to win a whole different set of books!

SCAVENGER HUNT PUZZLE
Directions: Below, you’ll notice that I’ve posted my favorite number below. Collect the favorite numbers of all the authors on the blue team, and then add them up.
Entry Form: Once you’ve added up all the numbers, make sure you fill out the form here to officially qualify for the grand prize. Only entries that have the correct number will qualify.
Rules: Unfortunately, this year due to Corona Virus, this contest is not open internationally. So sorry. Anyone below the age of 18 should have a parent or guardian’s permission to enter. To be eligible for the grand prize, you must submit the completed entry form bythe deadline, at noon Pacific Time. Entries sent without the correct number or without contact information will not be considered. 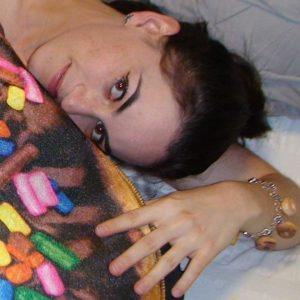 Today, I am hosting Rysa Walker on my website for the YA Scavenger Hunt! RYSA WALKER is the author of the bestselling CHRONOS Files series and the Delphi Trilogy. Timebound, the first book in the CHRONOS Files, was the Young Adult and Grand Prize winner in the 2013 Amazon Breakthrough Novel Awards. The CHRONOS Files has sold over half a million copies since 2013 and has been translated into fourteen languages

First, thanks so much to C. Lee McKenzie for hosting me during the YASH 2020 Scavenger Hunt.

Music has always played a huge role in my creative process. It keeps me company when I’m writing in the wee hours of the morning, and on the rare occasions that I write during the daytime, it helps block out the various background noises that sometimes distract me– kids, my golden retriever barking at a delivery, solicitors who ignore the sign that says don’t knock unless you have Girl Scout cookies, and so on.

But music can also serve as an inspiration, either helping to set the mood of a scene or, in one case, dropping the key elements of a story straight into my head. That was the case with The Delphi Effect.

I’ve never been a morning person, and neither are my sons. But back when I first began writing the Delphi series, my two youngest were both in middle school, and the person in charge of our school district apparently believes teenagers need to be in their desks when the sun is barely over the horizon. So we were forced to haul our groggy selves into the van, and since we were too grumpy for conversation, we listened to our carefully curated playlist of songs that all three of us liked or could at least tolerate. Mornings are sucky enough as it is. Having to listen to crappy music–or worse, a chatty morning show host telling lousy jokes–just adds insult to injury.

One morning while driving back home, two songs played, one right after the other, from that playlist. The first was “Oh, Lately It’s So Quiet,” by OK-Go. The second was “42,” from the Viva La Vida album by Coldplay that my youngest really liked at the time. Both songs deal with ghosts, but one line from the Coldplay song–“Those who are dead are not dead, they’re just living in my head”–really stuck with me. As soon as I got back to the computer, I began writing the first scene from The Delphi Effect.

Later, I heard Tegan & Sara singing “Walking with a Ghost,” and while I didn’t hear Muse’s “MK-Ultra” until long after I’d realized the role that government program would play  in my narrative, it was still cool to have it pop up on Pandora while I was writing one day.

The other songs I’ve included either inspired me while writing or they connect to key characters and themes of the story. I’ve added to it over time, and it now includes songs that are either mentioned in the two final books of the trilogy or that in some way deal with the elements of the book…like “Heathens” by TWENTY-ONE Pilots or “Spiderhead” by Cage the Elephant.

I hope all of you enjoy the playlist, and that you’ll check out The Delphi Effect!

ABOUT RYSA’S BOOK, THE DELPHI EFFECT 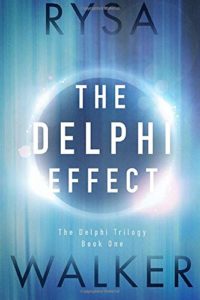 It’s never wise to talk to strangers…and that goes double when they’re dead. Unfortunately, seventeen-year-old Anna Morgan has no choice. Resting on a park bench, touching the turnstile at the Metro station—she never knows where she’ll encounter a ghost. These mental hitchhikers are the reason Anna has been tossed from one foster home and psychiatric institution to the next for most of her life.

When a chance touch leads her to pick up the insistent spirit of a girl who was brutally murdered, Anna is pulled headlong into a deadly conspiracy that extends to the highest levels of government. Facing the forces behind her new hitcher’s death will challenge the barriers, both good and bad, that Anna has erected over the years and shed light on her power’s origins. And when the covert organization seeking to recruit her crosses the line by kidnapping her friend, it will discover just how far Anna is willing to go to bring it down. 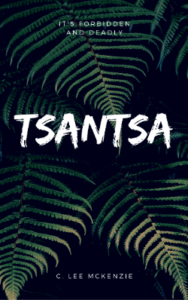 Thanks so much, Rysa. What a fantastic playlist!

Now, readers and YASH contestants, if you’d like a free copy of my short story TSANTSA (only people on my mailing list will ever read this because I don’t plan to publish it) sign up HERE.

Don’t forget to enter the contest for a chance to win more books by me. You can find out about my EXCLUSIVE CONTENT at HELEN VIVIENNE FLETCHER’S site. She’s hosting me today. Thank you, Helen! To enter, you need to know that my favorite number is 13. Add up all the favorite numbers of the authors on the blue team and you’ll have all the secret code to enter for the grand prize!

CONTINUE THE HUNT
To keep going on your quest for the hunt, you need to check out the next BLUE TEAM author! Yvonne Ventresca!