Setting can’t take the back seat in your story. It’s as important as the characters and the plot, and it can lend so much to both. When you’re developing your story, pay attention to where it takes place, then use all of the sense to transform a room or a beach or wherever from a lifeless ho hum backdrop to a vibrant, integral part of  your story.

Here are some examples of how that’s done by some writers. Notice how many senses they employ to bring the setting to life. 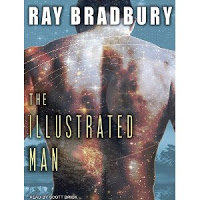 From The Veldt, by Ray Bradbury

The nursery was silent. It was as empty as a glade at hot high noon . . . . Now, as George and Lydia Hadley stood in the center of the room, the walls began to purr and recede in crystalline distance, . . . .

Here, Bradbury lets us hear and feel the futuristic nursery, a hot high room that produces an eerie purr to create exactly the setting for a machine-controlled world about to overtake it’s inhabitants.


From The Dead-Tossed Waves by Carrie Ryan

Even after the Forest was shut off, one last gasp at sequestering the infection and containing the Mudo, the carousel kept turning, the coasters kept rumbling, the teacups kept spinning.


The true horror is the contrast between this carnival setting that we see and hear and the threat of the  Mudo with their bite of death out there in the forest.

From The Body Finder by Kimberly Derting

Violet Abrose wandered away from the safety of her father as she listened to the harmony of sounds weaving delicately around her. The rustling of the leaves mingled gently with the restless calls of birds and the far-off rushing waters of the icy river that lay beyond the trees.

What’s lovely about this setting is not only the appeal to the sense of sound and the feeling we get of the icy water out there unseen, but the use of alliteration inside the description: rustling, restless, rushing. That very poetic device pulls the reader into hearing and feeling where the character is and possible danger or horror that lurks.

Aren’t there times when the smell of a place recalls vivid memories? Smell is a power sense to establish a setting.

From an untitled short story by C. Lee McKenzie

Like a cat in strange territory, he lifted his nose and sniffed the metallic scent of the bronze figures arranged around the chapel. The vase by the alter was filled with white lilies, their honeyed sweet scent almost masking the gloom.

I loved using metallic as a smell, especially when I got to contrast it with the scent of lilies. I think of churches and museum with these two smells mingling.

And then there’s the sense of taste. It shouldn’t be neglected. It’s one of our very important senses. Here’s how I used taste to describe a room in my short story.


The entry had welcomed them with warm, creamy yellows, and beyond where they stood in this middle room, was a leather cushioned den, its dark wood floors strewn with Turkish carpets. They paused in this room between, a room that was meant to be savored like a sorbet on the tongue between two fine courses–bland in beige, but perfect in contrast.

This was fun to use something a bit unexpected: comparing a neutral room to sorbet.

Send me more–either what you’ve written or something from a book that really established the setting and made the book zing.