THE MUSIC PART: Over 30 gifted composers hailing from 16 countries collaborated on an inspirational album, initiated by Peter Ebbinghaus to raise funds for the victims of this catastrophe. All profits from the album, and companion ebook, will go to Gawad Kalinga (“give care”), supporting the efforts in distributing food and rebuilding the devastated lives and damaged cities across the Philippines. More information on the album can be found at the Soundtracks and Trailer Music site.

THE WRITING PART: In the spirit of collaboration, 28 writers from across the globe will join me in discovering the stories of triumph lurking in the notes of each track, waiting for us to pull it into words. The final tales will be compiled into a companion ebook anthology for the album, with all proceeds going to Gawad Kalinga.

So I wrote to this sound track called AURORA by Renan Javier. I thought it was beautiful, and I’d love it if you’d listen to it as you read my contribution. Then let me know if I did his music justice. I’m used to reviews, so let me have it. 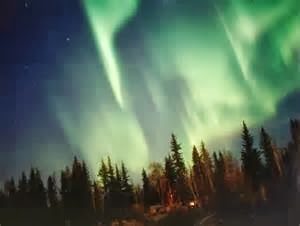 AURORA’S PROMISE
There was only silence. Night followed night, and earth coiled against Chaos and darkness. The people drew away from openings and burrowed deep inside their shelters.
Waiting.
Waiting.
Waiting, while their hearts stretched to breaking and their minds wandered to madness.
The elders remembered the Promise and tried to pass its hope to the youth, but the youth were deaf and the youth were blind. Why did they need to hear or see in a silent, dark world?
Then when they feared they’d come to the edge of their time, notes of change whispered to the elders. The elders crept forward into the streets. Listening. Watching. Could this be the Promise, the Promise that might be kept? Would those faint notes come together to create the music they once knew? Was there to be an Early-Born light again? If so, would this wonder from the world of before be too late in returning?
In their old memories they heard the silk of her saffron-yellow robe flutter just out of sight with only a hint of her coming. They saw her rose-tinted arms and fingers spread wide across the East. That had been her domain. Countless times she had reclaimed it and sent her pale sister to the other side of the world. Her passion had warmed the land and drawn life from the seed.
But that was before man scattered her home in the high latitudes. Before he had stolen her warmth and contorted her solar winds. Before he had given sway to Old God Chaos.
Now tentatively hopeful, these elders knelt in communion and lifted their faces in the direction they knew from the days of their youth. And there they waited until they heard the stirring of light in their hearts. Out of the darkness came the stroke of a bow on strings and a gentle drumming and the lightest of musical key stokes. Then for the first time in generations, a faint rosy line glowed on the horizon, and, as that light rose higher in the sky, silhouettes appeared. The elders hadn’t seen anything in silhouette for so long, and at first didn’t understand what they were looking at. When they did, they wept.
The remains of their cities.
The remains of their forests.
In the distance, they glimpsed a shimmer across a vast surface they had called the sea when they had been young.
And then the Goddess of Morning Light fell over them and challenged them. “Teach your children about the music that comes with the light. Let them hear. Let them see. Let them be human again.”
And the elders knew they had only a short time to meet her challenge. Their lives were close to ending, so they drew the youth from their shelters, and they began to teach the lessons of long ago. Lessons they prayed would open young ears, turn their eyes to the heavens and restore the order that sound and light could bring to the world.

(Ignore everything I said about my new look. I just changed it to another new, but classic look, so that “snappy” one is already kaput!  However, the rest of this post is still the same. Sheesh! I’m exhausted playing with Blogger.)

All I set out to do was restore my threaded comments and fix the constant error messages I was getting from #!@!!% Blogger when I wrote a post.

I’m still not sure how to manage it, but I’m working my way through. It took me half an hour to find the Compose page.

I kind of like the choices it gives me, but it’s not “homey.” Should a blog be homey or snappy? That’s the question I keep asking myself.

Do you like this slick, very cool style for me? Did you have trouble figuring out which way you wanted to view it? That THINGY in the upper left hand corner gives you all kinds of options. You have to pull up all my links that used to be on the right side, by clicking on one of those SLIDING-OUT-WHATEVERS. You can see how technically challenged I am. Even my vocabulary is limited when it comes to explaining this bloggy world. 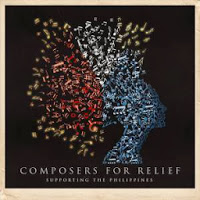 I wrote a whole piece for COMPOSERS FOR RELIEF, but then discovered the sound track I’d written it for was already taken. My fault. I didn’t check the list first. I think my new blog is to blame.

Anyway I chose another sound track. Here’s the LINK to that one. I think it’s very beautiful. Now all I have to do is write some words.

Here’s a great chance for anyone with a complete or almost complete draft of a Middle Grade book. Check out the offer. I’m thinking of it.