This has been one full week for me as a blogger. Those of you who stop in know I usually blog on Mondays and Thursdays with an occasional SPECIAL post. This week I think I’ve posted every single day!!!!! Well you know why. I’m in SparkBlogfest and I’ve joined the Platform Building Campaign over at RACH WRITES . Why not? Well, to give you a break and follow though with a promise, I’m posting this super Sunday Special about Paul Siegell, poet. Hope you enjoy. 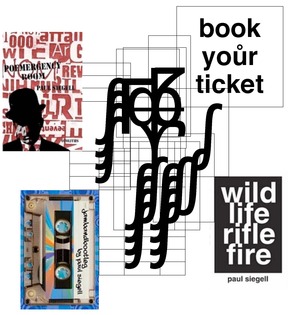 It’s all about the Wordplay
In poetry most would agree that there are two categories of poet:  1) the green poet fresh as the new day, who’s trying to establish his voice, and 2) the poet that has been canonised from here to the end of Mardi Gras and who has his own section in every Best Poetry collection known to man.  However, every now and again you get a poet that just doesn’t fit in either of those categories, someone who has the experience of a seasoned veteran but all the nuance of an untapped talent. 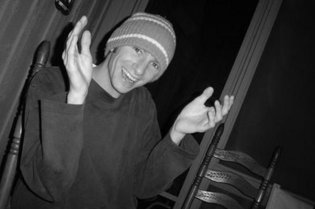 Thus Paul Siegell.  This is a man who takes words with a grain of salt and sees more potential in their shape and arc than in their actual meaning.  However, he’s managed to create meaning with the little details in words and give them so much more power, more room to breathe.  Speaking with him, you wouldn’t think him more than a jam band fanatic who just so happens to write every once in a while.  But get a pen in his hand and he sees shapes and sounds in a way that’s rare to find in poetry these days.
I described Paul as a poetry superhero.  He swooped in on the wings of the letter “K” and landed down and gave the world something magical with his lyricism.  But his humility is more powerful than the S on Superman’s chest.  His work has redefined the genre, literally giving poetry shape and movement with his collections Poemergency Room and jambandbootleg; however, here we have a man who doesn’t readily acknowledge or actually believe that he’s done more than push himself linguistically and spatially.  When asked how long he knew he wanted to change the world, he simply chuckled and said, “No world changing here.”
Before his work kicked in poetry’s steel-lined door, Paul was a student studying at the University of Pittsburgh.  His sophomore year he attended a PHiSH concert in Philadelphia and came back with swooning and crooning affection for poetry, birthed in the emotions of the crowd as it listened to its favourite jam band, “[It was] the audience.  I hadn’t even written a single poem, but I knew that reaching that audience through poetry was something I felt I wanted to attempt to accomplish.”  His desire to move the crowd pushed him to make his poetry do something, physically move a crowd or the page.  With that he found himself in a smallish Intro to Poetry class, lecturer Jeff Oaks at the helm.
Never to rest on his laurels, Paul fully immersed himself in poetry, submitting his work to such publications as The Pittsburgh Post-Gazette and 5AM Magazine.  However, it was a rejection from Painted Bride Quarterly that saw him get his first sniff of the work behind getting poetry the exposure it deserves:
Best rejection letter ever!  An old Pitt roommate of mine, Andrew “Goose” Gussman, became friends with a PBQ (Painted Bride Quarterly) editor on the New York staff and Goose told her about me, so she invited me to submit. This was June 2007. A few weeks later I get this email:
‘We loved the ambition/spectacle/extravagance of the way you experiment with form, but ultimately decided to pass on the poems you sent.  (You should know we talked about your work for a long time—It stimulated lots of debate among our New York crew).
That said, I have an invitation for you.  Any interest in joining the Philly staff and reading poems for us?’
Boo-yah.
From there Paul landed gigs at The Philadelphia Inquirer and Daily News as a copywriter in the marketing department (a job he’s held for the past four years).  But that hasn’t slowed his creative juices from churning away in his guts.
While in his cubicle, in fact, he found inspiration for his latest release, wild life rifle fire:
It was the morning after the long Labor Day weekend, with me seeking that wrestle and peace of writing something well, and I looked up on a weirdness: I had “ZOOM IN” typed in Helvetica on my screen, a headline for some ad at my marketing department job.  I increased the point size a bit but I went too far and it was too much for the margins and then Word broke the line to reveal: “ZOO / M IN.”  Cue eureka. (Animals in captivity + zooming in makes something larger, but this says minimize.)  I fell in love immediately and that, as if a meditation, would become the first page of the book.  (Side note: the Disco Biscuits’ “Digital Buddha” was playing when all that happened)
He has a love of jam bands and hip-hop, Legos and Led Zeppelin.  He’s a man of so many contrasting interests and intelligences that his work is nothing short of a marvel and a miracle.  He’s got the intellect of a philosoph with the street smarts of an MC.  But what most impressed me about Paul, beyond his work, was his desire to simply become better at a craft that he may have single-handedly brought to a new level entirely.
He is also a lover of life and takes every moment that he can to learn something new about himself and about his work.  A poet never stops learning, never stops creating.  Paul Siegell is the epitome of someone who’s always seeking forward motion, a means to move and expand:
One of the pages in wild life rifle fire reads: “poem / could”.  Every time I encounter and engage my poetry I do so with the desire to see what a Poem can do, and what else I can do with words to craft another poem.  Every time I write another poem, I hope to give my poetry another definition.  Something else that guides me is a quote by Octavio Paz: “Crear para ver.”  It means, “Create in order to see.”  Every time I consider that insight everything inside me says, YES!!!  If you ask me if I write for a purpose, I’d say that I’ve really just been concentrating on writing with purpose. 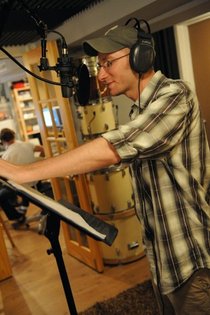 And with that, ladies and gentlemen, I give you the indefatigable and indescribable Paul Siegell.  You can find him at ReVeLeR @ eYeLeVeL or his FaceBook page or you can peep some of his work at his Goodreads page.
Camiele White’s film appetite is second only to her love of the literary.  As a BA expat from the University of Pittsburgh, she learned that words have a power that far exceeds even the almighty pen.  She has a desire to absorb as much of the literary and cinematic as possible.  As a means to drink up as much as she can, she promotes the hell out of Theatrical Costumes.  If you want to engage in a little conversation (at your own risk) she can be reached by clicking on the link above.