Stand Aside. I’m Out of Here

Now that I’m home and safe from the evil spirits of Leap Castle, I think I was darned brave to have ventured up those winding stone stairs and to have stood where there’s the Oubliette (the opening into which hundreds of people were tossed to their deaths–see my FIRST POST about this horror).

Come on. Say I was. And take a look at my selfie in the Chapel. Does it look a bit misty? The rest of my pictures don’t.

If the stories about the Elemental Spirit are true, I could have been gobbled up, never to have blogged again.

Now remember in that earlier post, I remarked that Sean Ryan, the owner, didn’t tell me about the spirits he’s seen, even when I asked him to tell me about things of interest in the castle. I knew the stories he wasn’t sharing, but I kept wondering why. Maybe he thought I wouldn’t climb to the Bloody Chapel. Maybe he thought I’d run out the door without leaving my euros because I had to go up without him (he was having a bad knee day). Who knows, but here’s a link to a TRAVEL PROGRAM and listen to what he tells the interviewer.

Come on, Sean, a little warning might have been a good thing. And next visit, I’m bringing my camera crew.

Next Week: More about Ireland, but nothing spooky. 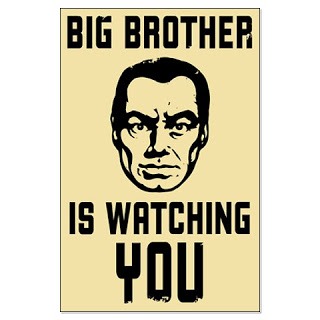 Did everyone sign the PETITION to stop Amazon from playing Big Brother more than usual? Hope so. They are one hostile company and this is another of their decisions that points up the dangers of having only ONE choice in the marketplace. Support those Indie Bookstores and anyplace else that sells books.
******

Quote of the Week: “A free society is a society where it is safe to be unpopular.” Adlai Stevenson
Are you ready for a tour of Leap Castle? Did you sign the petition? Love that quote?

According to legend, in the 1600s the ownership of Leap Castle passed on to the Darby family. Actually an O’Carroll daughter fell in love with a Darby and married him. That’s a huge change in the family pattern, isn’t it? Love. Marriage. Not hate and murder.

Anyway, during the English Civil War, one of the Darby’s buried a considerable treasure somewhere on the grounds. Can you guess what happened to the two servants who helped him? Yep. Two more ghosts–probably grumpy ones–joined the cast of many others.

The story is that no one has found the treasure yet.

Next week: the story of the Elemental Spirit of Leap Castle. Brrrrr!

Earlier this month I sent my first email with a free book offer to people who were kind enough to subscribe to my list. And I’m getting ready to do my Hot August Nights Drawing. So if you’d like to enter to win, add your email to MailChimp (top right under the spinning globe). If you do sign up, check your spam for the verification email, and if it’s there, drag it to your inbox before verifying. As Charlie would say, “Good grief!”  I’ll be sending out emails about the drawing in mid August! Hope you’ll jump on board.
******
Now let’s switch gears. From mysterious murder and treasure/MailChimp details, let’s go to an author who spices up our reading lives.
Hats Off Corner Welcomes Desiree Holt

Known the world over as The Oldest Living Erotica Author, Desiree Holt proves every day that she is more than the sum of her years and more than the grandmother who plays with Barbie and Ken dolls: She is The Hardest Working Erotica Author, producing one novel or more each month and receiving rave reviews.
She is twice a finalist for an EPIC E-Book Award, a nominee for a Romantic Times Reviewers Choice Award, winner of the first 5 Heart Sweetheart of the Year Award at The Romance Studio as well as twice a CAPA Award for best BDSM book of the year, winner of the Holt Medallion, multiple winner of the Whipped Cream Book of the Week Award and is published by five different houses. She has been featured on CBS Sunday Morning and in The Village Voice, The Daily Beast, USA Today, The Wall Street Journal, The London Daily Mail and numerous other national and international publications.
“Get out the ice water and fan…Desiree Holt delivers smoking hot alpha heroes and red hot romances.” Lea Franczak, USA Today Happy Ever After blog
Learn more about her and read her novels here:
www.desireeholt.com
www.desiremeonly.com
www.facebook.com/desireeholtauthor
www.facebook.com/desireeholt
Twitter @desireeholt
Pinterest: desiree02holt
Google: www.desiree02holt
LinkedIn: www.LinkedIn.com/desiree01holt
Quote for the Week: “Pleasure is more in contemplation than in realization.” Malcolm Forbes

What do you think of these Leap Castle stories? Wonder what it’s like being the oldest living erotica author? And does this quote “flesh out” today’s post? If you haven’t signed up for my mailing list, hope you will. Next month’s drawing is coming up, and if you’re on my list, you’ll have a chance at winning. Happy Monday.

(I hit the wrong button last week and posted this one before it’s time, so here it is again in the proper order. I think the ghosts are at work in my computer. Sorry!)

Remember my little encounter in the Bloody Chapel of Leap Castle? Well, it looks like I got off easy. I keep finding more stories that make Edgar Allen’s stories seem rather fluffy.

While this McKenzie escaped with only a missing tab from her backpack, the clan McMahon didn’t fare quite as well.

Those O’Carrolls were downright nasty devils and not above hiring, then firing their employees–permanently. After the McMahon’s (about 40 of them, the story goes) provided their services, the O’Carrolls invited them to celebrate with a nice little arsenic (guessing here) laced feast. And poof. . . 40 more ghosts. That place is over-crowded with spirits not ready to forgive and forget.

The interesting thing is that whenever I asked the present-day owner what he could tell me about the castle that would be of interest, the word ghost never passed his lips.

Next week: The Treasure of Leap Castle

Who is this actor? I can’t remember his name.

Hats Off Corner will return next week with Desiree Holt. I still want to feature authors here, so if you’re interested in a bit of promo for your next or last book, let me know.
Quote of the Week: “The end is simply the beginning of an even longer story.” Zadie Smith, Novelist
Any particularly horrible Leap Castle stories you know about? Interested in being featured in my Hats Off Corner? The quote was all about this series I’m doing on the haunted castle. There are more tales than I’ll ever be able to tell.

Leap Castle is purportedly the most haunted castle in Ireland.

Here’s some of why.

In the mid 1500’s, the O’Carroll’s squabbled non-stop about succession to the leadership of the clan. Squabbled is a bit light, considering they murdered each other and others with some regularity. The first ghost is said to be that of Thaddeus, Teige’s brother. Teige didn’t care much for the way Thaddeus held his mass in the Chapel, so he did him in with a knife in the back. People reported sudden flashes of light from those top windows, even when the castle was vacant and in ruin.

Thaddeus’ death was just a drop in the bloody bucket. During renovation in the 1920’s, workmen discovered truck loads of bones. The bodies had been dropped through what’s called the oubliette (the forgetting) onto spikes positioned to puncture the lungs. These deaths were not swift. There’s more, but you get the idea.

When I climbed the narrow winding stairs into the Bloody Chapel, nothing unusual happened. Once in the Chapel, I took pictures and sat at the dusty table to have a good look into the shadowy corners. Sunlight filtered through gothic windows without panes but with swags of spidery filaments. Beauty outside. Ghosts inside?

It wasn’t until I’d returned to the lower rooms of the castle that I noticed my backpack was missing its metal pull. I found that pull in the bottom of my bag (kind of mysterious, since the bag was still zipped closed) and reattached it. It was hard to do, and I needed to pry open the clasp with knife edge to slip it back into place. That pull never came off again. It’s still on my bag, but in the Bloody Tower it came off. Ghosts? Poppycock?

My first Campaign using MailChimp made me sweat as much as a submission does. Why is that? And why did it take me twenty minutes to figure out how to do it? I think it’s because my head’s not wired like a programmer’s. I need some re-wiring if I’m to tackle this social media seriously. I am not a savvy social media person. My bad. Beam me up, Scottie.

However, I did send my email with my first Special Offer to my subscribers, and several have already taken advantage of it. That’s very exciting to me because I had no idea what to expect.

Quote for the week:

“People who are trying to make this world worse are not taking the day off–why should I?” Bob Marley