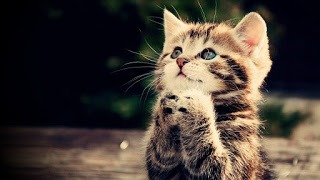 This may seem odd, but last month I started three books; I was only able to finish two. In one, the opening two sentences had three grammatical errors. Seriously. In the next one, the Kindle formatting was bad

I finally found a book I could read and enjoy, so thank you for the fine editing, the good formatting and the satisfying read, Ms. Professional Author. 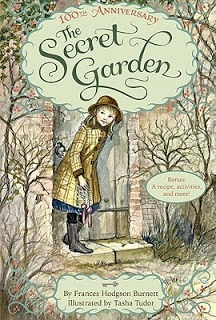 #IWSG Book Club selection this month is The Secret Garden. We’re reading it to have a discussion about characterization. There are several reasons not to finish this book. One is the omniscient point of view. The author takes you into everyone’s head, including some small animals, without so much as a scene change. Then there’s the heavy use of respelling to create the Yorkshire dialect. That’s hard to follow, especially when there are long chunks of one person speaking. It’s filled with tropes such as the wise and gentle peasant in the bucolic cottage, the orphaned girl, the invalid restored to health by nature, the grieving uncle off to find solace in other places. Most of the story is written in what today’s critics call Telling. The author simply tells you how the characters feel, she doesn’t bother to reveal those feelings by Showing the character in action.

However, it still holds up as a great story.  First, I responded to the story as a period piece, and then before I knew it, I was caught up and wanted to follow the MC’s journey to the end. It didn’t matter that I was head-hopping or that I was being told how the characters felt. I was in the hands of a storyteller and enjoying the time in her tale.

If you haven’t joined us, I hope you will. The discussions are interesting.

Enter and tell about those small things that make you smile!

Here are mine: The view from the top of any mountain. Hills, too. The morning. A good friend who stops by. An excellent book. My family.

Over the years I’ve heard or read stories about other people’s lives. I’ve also had a few experiences that have entered into my “Let me tell you about the time” category. Some of these stories have crept into my books. Others are waiting in the wings. Here’s one about the time I ran the Tunnel Chute.

I’d rafted the North and South Fork of the American River, but not the Middle, so when a friend asked if I wanted to go on one of his rafting trips, I jumped at the chance. We’d had a wet year, and the river was boasting a lot of Class V rapids.

I wound up with a group of about five other rafters plus the guide who were all surfers from Santa Cruz. They were also about twenty years younger than I was and were still immortal. I didn’t know that until after I stepped into the raft, so common sense had no part in my decision to go along.

When we came to the Tunnel Chute, the river guide made us hike up to the top of the gorge and “study” the rapid. He told us we had to have our paddles in when he called for them, and we had to hit the boulder on the far bank with our raft at an exact spot. If we did it right, we’d bounce back, into the rapid and be on our way down river. If we missed. . .well, let’s just say, we didn’t want that to happen. A lot of the others on the river that day portaged around the Chute, others capsized and swam.

They save the Tunnel Chute for the last. It’s worth the wait!

As I stepped into the raft, I eyed the trail, thinking portaging sounded darned good, but I grabbed my paddle, said a prayer to the river god and pushed off.

I was aft with the guide, so when we hit the rapid, and he yelled paddles in, then flew off the back of the raft, I was the only one who knew the six of us were on our own. I didn’t have time to shout, “guide overboard” before our raft “folded” and I flew up and out. The river god must have heard my prayer because before I had a chance to go under water a second time, the water threw me back into my seat, paddle and all.

We shot that rapid and, of course, celebrated our success by jumping into the icy water. Why not. We were already soaked and blue. The guide met us. He swam the rapid faster than we rafted it. 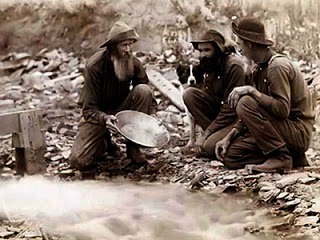 An interesting fact about the American River: The river is known for the 1848 discovery of gold at Coloma which started the California Gold Rush and contributed to the initial large-scale settlement of California by European immigrants.

Quote of the Week: The danger sensation is exciting. The challenge is to find new dangers. Ayrton Senna, Brazilian Celeb.

Here’s a special Announcement from #IWSG!
Not on Goodreads?
The IWSG book club is a good reason to join.
Hope to see you there 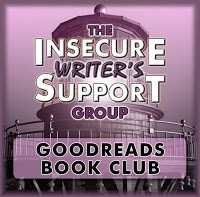