[Note: Since I have so much going on this week, I won’t include Let Me Tell You A Story until next week. Otherwise, this will be one long blog post!]
This month’s #InkRipples is Covers, and today we have two great covers, each distinct and each eye-catching. So hold on to your eyeballs and take a look at these.

My Featured Follower for January is Sandra Cox.

She’s giving one of the peeps on my list a chance to win a copy of her book! She’s also answering a couple of questions. 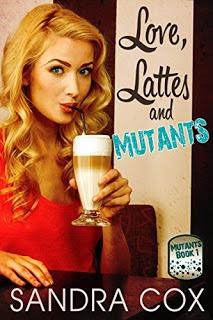 Me: Hey, Sandra. Where did the idea for Love, Lattes and Mutants come from?

Sandra: Love, Lattes and Mutants evolved out of a completely different WIP I was working on at the time.  Aliens turned to mutants and adults to teenagers, only the ocean remained the same.*:)

Me: This is the kind of serendipity I love. And one more question: What’s been the most exciting/daunting part of becoming a published author?

Sandra: The most exciting part of becoming a published author was getting my first contract. I had written for a number of years before I got an offer.
The most daunting part is when I rubbed  the stardust out of my eyes and realized it didn’t automatically mean people were going to be lined up to buy my book. I think most of us are surprised, when we first start out, to learn just how much self-promotion is involved  in a writing career. 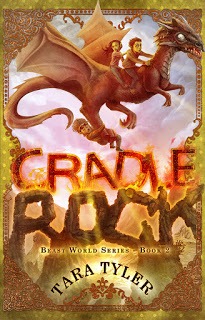 And now welcome Tara Tyler and her new book with that kid-amazing cover!

Kids and teens are usually in a big rush to grow up. But adults know it’s not all staying up late partying or playing games with friends once you’re there. Sure, there’s more freedom when you’re an adult, but with independence comes responsibility. Some people mature, making good decisions, and some don’t. And a few adults seem like they’re still in high school, which brings me to my topic.

Adult Stereotypes. I’d say the majority of people grow up into decent adults and put away the pettiness and drama of high school. But we all slip up sometimes, letting a bad habit show once in a while. It’s tough being “adult” about everything all the time. Thank goodness for reality TV, giving us a quick reminder of how NOT to behave!

And so, here’s a fun list of Adult Stereotypes that you mostly only read about or see on TV or in movies for a laugh or for drama… They’re funnier or more dastardly because adults should know better.

Gossips – These sweethearts are syrup and sugar on the outside, but live for finding out and spreading juicy stories about you behind your back. Adult bullies who make others feel bad so they feel superior. I love it when they get their just desserts! (ha ha) 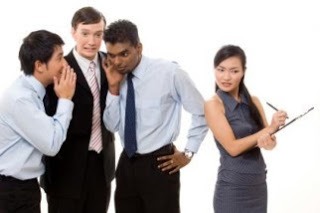 Nerds – I split these into two groups – the innocent rule-followers and helpers OR the super smarties who know they’re smarter than most and are condescending to the peons below them, they enjoy pointing out the mistakes of others. It’s fun to see the first type become heroes or the second type get shown up.
Jocks – There are three groups of this type – health nuts, muscle heads, or couch potatoes – and they’re all pretty selfish in extreme ways caring only about their bodies whether good or bad.
Partiers – They love to host or go out and drink and dance, etc. This is the worst group because they’re deceptively glamorized and don’t show the true consequences like alcoholism, addiction, and crime – unless it’s a serious movie, then it’s usually depressing. 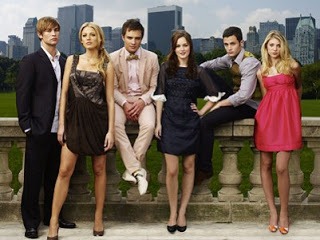 There are more specific stereotypes, but I didn’t have room to list them all, like overprotective or oblivious parents, super strict or lazy teachers, etc. Irony sells. But the great part about books and movies with these outlandish characters is they usually get what’s coming to them or are taught a lesson for us to learn as well.

Do you ever use adult stereotypes to teach a lesson in your writing?

Thanks so much for having me here, Lee! This release party is making me go visit folks I haven’t seen in a long time – it’s been great!
WELCOME BACK TO THE FOREST! 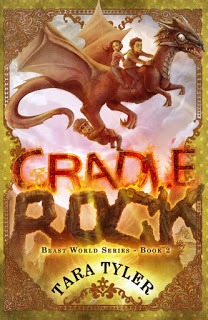 Gabe the goblin just saved his town Broken Branch Falls from splitting apart. He also revealed that humans–horrible creatures of myth and legend–may actually be part of their history! But seriously? Nah!

Now Ona, Gabe’s girlfriend, is headed thousands of miles away to Camp Cradle Rock for Spring Break seeking evidence of humans. Gabe knows better than to tell a stubborn ogress she’s crazy, so he’s letting her go and spending the break at the beach like a normal teenage beast. And he’s determined to have a good time without her, whether he likes it or not.

But when Gabe hears Ona went missing, he and his friends set out for the wilds of the west to find her, no matter what dangerous creatures get in his way. Not even humans.

Check out the Book Trailer! 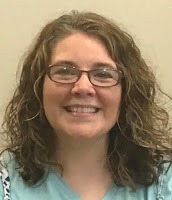 Tara Tyler has had a hand in everything from waitressing to rocket engineering. After moving all over, she now writes and teaches math in Ohio with her three active boys and Coach Husband. Currently she has two series, Pop Travel (techno-thriller detective capers) and Beast World (fantasy adventures). To squeeze in writing, she economizes her time aka the Lazy Housewife. Make every day an adventure!

Sign up for my quarterly newsletter if you’d like to find out more and you could win something!

Quote of the Week: “The book designer’s responsibility is threefold: to the reader, to the publisher and, most of all, to the author. I want you to look at the author’s book and say, ‘Wow! I need to read that.'” Chip Kidd, Cover Designer