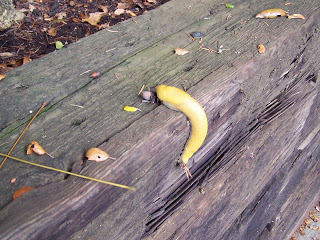 When I wrote Sliding on the Edge I had three different starts before I wrote the one I liked. Here’s how the book started as a manuscript. 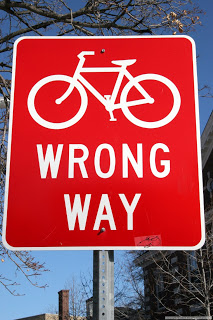 #1 That Monday morning started like all the others during those months in Las Vegas. I woke up on a lumpy roll-away, blinking at the damp veins in the ceiling. The apartment above had a toilet flushing twenty-four seven. There were at least ten people living up there, and our ceiling took the brunt of 4B’s high-density living. The air conditioner wasn’t humming and my hair had plastered itself to the side of my face. I knew I’d paid the electric bill. So what was with that thing being out again?

I’M IN PAST TENSE HERE, THINKING OKAY THAT WILL WORK. IT DID FOR ABOUT A DAY.

#2 There are a couple of places to start my story. Both of them lead to the same end. If I start when the monster first arrived, that will be a little scary. If I start when my mother left, that will be kind of scary too, but maybe that makes the most sense. None of the rest would have happened if she’d stayed.

THIS ONE DIDN’T GO OVER AT ALL! IT WAS TOO MUCH LIKE A PREFACE. I DON’T HAVE ANYTHING AGAINST PREFACES, BUT I NEEDED SOMETHING MORE IMMEDIATE FOR THIS STORY. “WHAT?” MY MIND KEEP SCREAMING.

#3 I wake up to Friday morning, roll onto my back, and blink at the damp veins in the ceiling – leaky pipes from the apartment above ours. The air conditioner isn’t humming and my hair is plastered to the side of my face.

“I paid the gas and electric bill. Is that damn thing broken again?”

SO I’M KIND OF BACK TO #1, BUT THIS TIME I’VE CHOSEN PRESENT TENSE, THINKING THAT WILL DO WHAT I WANT IT TO DO. NOT!!!!

#4 Something’s wrong. It’s not a heart-grabbing noise like when somebody jiggles the doorknob to see if it’s locked. It’s not a bitter smell like the electrical short we had last month, when all the breakers popped. No. It’s something in the air, something like a ghost making its way through the room. And it can’t be Monster, not after last night.

THIS CASE, THE FOURTH TIME WAS THE CHARM. THIS IS HOW THE BOOK STARTS. I DID NOT WRITE IT ON THE 6TH, THE 7TH, OR THE 20TH DAY. I WROTE IT AFTER THE BOOK WAS DONE AND DURING THE LAST EDIT BEFORE I SUBMITTED THE MANUSCRIPT.

SO HERE I AM AGAIN, LOOKING FOR THE PERFECT OPENING. THIS IS WHERE I AM IN THE WIP (STILL WITHOUT A TITLE).

# 1 Blaze Cooper took another hit, then leered through the grassy haze at Hutch. “So, what about it?” Blaze had just made the offer of something dangerous. Better than any grass he’d ever sold at the Smoking Tree. Something he said would send Hutch over the moon.

Hutch pulled on his bored face, the one that covered up the knot in his stomach. “I don’t have the dough, man.”

#2 Blaze Cooper inhales; then he looks at me through the smoke leaking from his nose. “So, what about it?” he asks.

I’ve got knots in my stomach. “I don’t have the dough, man.”

“I’ll front it. You can pay me back.” Blaze grins and takes another hit. “It’s way cool.”

I RECOGNIZE THIS AS THE OLD SWITCH FROM PAST TO PRESENT PLOY THAT DIDN’T WORK THE LAST TIME. WILL I NEVER LEARN TO READ THAT SIGN?

#3 Polanski’s office is my second home. I spend more time with the principal than I do with DD. Good thing the principal’s friendlier.

“This makes seven times this year you’ve cut Mr. Diakos’ class.” Polanski opens a thick file and writes something at the bottom of a page. When he finishes, he looks up. “Did I miss any?”

SO HERE’S WHAT’S UP FOR THE OPENING SCENE IN MY WIP. SO FAR IT’S WORKING FOR ME. I’M AT DAY 7, BUT LIKE LAST TIME I MAY HAVE TO WRITE THE WHOLE BOOK BEFORE I FIND JUST THE RIGHT WAY TO START IT. WE’LL SEE.

WOULD YOU KEEP READING IF THIS WAS THE FIRST THING YOU READ IN A BOOK?