I’ll be taking a break from the Write Game from Nov. 13th to Dec. 2nd.  This will give me time to do a presentation at NCTE in Orlando on Nov. 19th, and then stuff a turkey for the following Thursday. Why does everything happen at the same time?

I thought that since most of my readers are writers I’d give you a bit of preview of the presentation.

The title is Why Ain’t and Gotta Gotta be in Today’s Books for Kids and Teens and I’ll be chairing the session which will include:

Am I in good company or what?

I took on the job of chair because of my background in linguistics, so I’ll be establishing the framework for this session about Literary Dialect.

So what is literary dialect anyway? It’s a way of speaking that marks regional, cultural, ethnic and social differences among characters in your books. In other words: accent, word choice, and grammatical usage. And there are many ways to approach capturing performance and putting it on paper.

In my latest WIP I wanted to characterize a character from Texas, but I didn’t want to clutter the page with the typical y’alls, so I used standard spelling, but in the attribute I described the character’s speech. Since this book will be in first person pov, it will be the protagonist who comments on the Texas accent. Here’s one example:

Texas character.”So what do you say?”
POV character. Dad’s question comes out in slow Texan.

I like this technique because readers can hear whatever Texas accent they want.

In Sliding on the Edge I had a non-native speaking Vietnamese character and to capture his voice I omitted unstressed words that a native speaker of English would never omit. “The” is often barely noticed, but since it’s a morpheme (a unit in our language that carries meaning) if it’s missing we know. I chose to omit the for another reason as well. “th” is a rare sound in the languages of the world and often difficult for second language learners to articulate. Here’s how Tuan sounds in my story.

“Las Vegas!” He spits into the gutter. “Hoodlums do this. All time.”

In The Princess of Las Pulgas I have a feisty character, named K.T., with attitude as her middle name. Here she is giving my poor MC a dose of that attitude.

“There you go again, thinking I’m stupid. I heard all that scratchin’ your pencil did and I seen those pages full of writing.”

K.T. isn’t stupid, but she likes to break as many rules as possible, including grammar. Here she mangles standard English by using the past participle, seen, instead of the simple past, saw. It doesn’t make the meaning unclear, but characterizes her perfectly.

If you noticed, the word, scratchin‘, is respelled and that will be the technique I’ll go into more at the conference. When I start blogging again in December I’ll go into it here as well. It’s an interesting technique that’s often used, but it’s controversial among linguists as well as writers.  So come back in Dec. and I’ll share what I know about respelling. 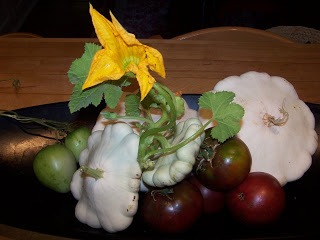 Well, that’s enough. Happy Thanksgiving. Come back to visit when you’re full of good food and holiday memories. I look forward to your visit.