Last week I listed some of the blogs that I visited again and again because they were interesting or funny or I knew I’d learn something if I stopped in. I’m continuing with that because even though the AtoZ REFLECTIONS is officially over, my reflections aren’t. Here are more bloggers who worked hard on their post and who delivered some great content in April. 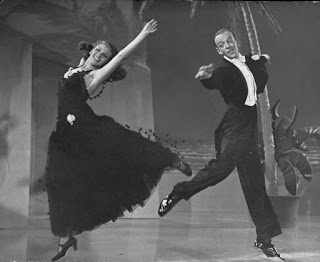 BB Creations had some of the best movie information all month along with some special and creative cards she crafts. I have enough movies to keep me busy forever. 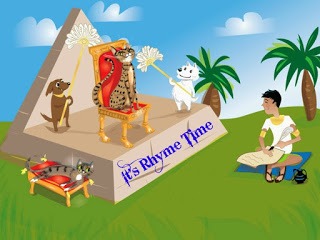 Rhyme Time chews up your brain and spits it out so you either set everything to rhyme or you dream of cats every night. 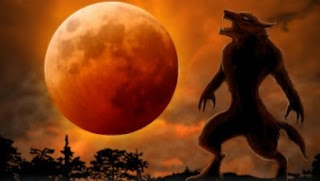 J.H. Moncrieff, One of Queens of Horror, did her best to scare me to death with her posts. Unfortunately, she had to drop out before she finished me off.

Journaling Woman had my attention when she revealed her theme–Dying Oddly. To me dying in any fashion isn’t appealing, but Oddly intrigued me. And her posts kept me hooked. Death by scarf, death by zorbing, death by grief and on and on. Highly imaginative theme, JW.

We lost another super blogger due to “life interference,” when Hilary had to stop posting in Positive Letters. . .inspirational stories, but she’ll be back next year, and I hope we get to see more of those posts.

Again, I can’t post all that I enjoyed and visited daily, or your eyes will glaze over, but if I was there a lot, you know I loved what you were doing. 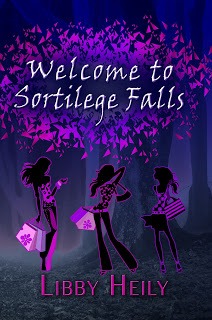 Blurb:
Sixteen-year-old Grape Merriweather has just moved to Sortilege Falls and already she knows something isn’t right. A small pack of teenage models, too beautiful for words, holds the town in their sway. The models have no plans on making Grape’s life easy. But no matter how cruel they are to Grape and the other “Normals”, no one can stay angry with them for long.

Grape’s life changes for the better, or so she thinks, when Mandy, the only “nice” model, befriends her. But that’s when the trouble truly begins. Mandy’s friendship places Grape smack in the middle of a medical mystery that has the entire town on edge. One by one, the models fall ill from an incurable disease. Grape quickly realizes that the models’ parents are hiding a secret, even as they watch their children die. To save her only friend, Grape will have to find the truth–and that means putting her life in danger. 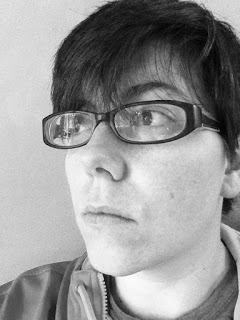 Libby Heily began writing after spending years as an obsessive reader. Nothing was safe from her eyes – she tore through books, magazines, cereal boxes, and shampoo bottles with equal enthusiasm. Libby’s written plays, screenplays, flash fiction, short stories, and novels. When not spending time in made up places with invisible friends, she enjoys running, hiking and performing improv in Raleigh, NC.

Enter to win a copy of Welcome to Sortilege Falls – hosted by Goodreads:

Where to find Libby on the web:

Grape is being taken by her new neighbor, Graeson, to meet his friend, a club owner who wants desperately to be a vampire. Grape suspects that the vampire wannabe knows more than he is telling about the mysterious illness gripping the models. Below is the beginning of their exchange:

Stale air filled the club. The smell was so old, so ancient, that it distracted her for a few moments from the man sitting on a throne in the middle of the room. Even in the dim light, she recognized Graeson’s vampire-wannabe friend. It seemed as if he recognized Grape as well, judging by the pointy-toothed grin he gave her. His tailored black suit and red tie made him look even more like a member of the bloodthirsty undead. Stretched out in front of the throne lay a woman wearing a green bikini beneath a sheer body stocking. Her silky red hair lay splayed out around her. The woman glanced at Graeson and then sealed her gaze on Grape.

“Graeson, you brought a friend,” the vampire said in his clipped accent.

The door shut behind them, sealing out the sunshine. Dull yellow and blue light bathed the room. Candles and strings of Christmas lights provided most of the illumination in the club—that, and the faint glow of the vamp’s skin.

The few patrons in the room looked up from their board game to inspect the newcomers. They sat tucked away in a booth in the far corner. Mugs of steaming coffee were the only things on the table that Grape recognized. She wasn’t sure what their costumes were about, but she noticed that none of them were dressed like vampires, though one did seem to be wearing a werewolf mask.

“Role playing,” the vamp said, catching the direction of Grape’s gaze. “It is a specialty here, no?”

“I can see that,” Grape said, glancing from him to Graeson, the only two people in the room dressed in costumes that were suitable for real life as well. The woman on the floor could have worn hers to the beach, she guessed, but it didn’t look appropriate for an afternoon out.

“Would you like something to drink?” the vamp asked. “Or to eat? This one, I’m sure has a great appetite.” He nodded his head to Grape as he spoke.

“I’m not hungry. What do you mean about my appetite?” How the hell could he know she ate all the time?

“I meant no harm. You are a teenager. Teenagers eat constantly.”

“I’ll have some wine,” Graeson said, not looking up from the woman at the vamp’s feet.

“Dear, get our guests some wine.”

The woman stretched out her lanky body. She stood in one elegant motion. Her red hair trailed down her back to the tops of her buttocks. There was no sign of the white cream that Graeson wore, but her skin was deadly pale nonetheless.

“That’s my ex-girlfriend,” Graeson whispered to Grape as the woman walked away.

“No way.” She couldn’t imagine a world where that woman and Graeson dated.

“So, Grape Merriweather has decided to speak to me again,” the vamp said, his eyes twinkling.

“Not  on  purpose,” Grape  said, her voice flat. She didn’t feel nearly as nervous as she had the day before in the hospital, but that was mostly because it was hard to be intimidated by a man when just behind him sat a boy in troll makeup arguing that the spell he’d used should have vanquished the wood nymph to his right.

“You know her?” Graeson asked his friend.

“We have been acquainted,” the vamp said. “Grape is such an unusual name.”

“My name isn’t the most unusual thing in this room.”

Graeson glanced quizzically from the man on the throne to Grape. “Liam, when did you meet Grape?”

“Liam?” Grape tried hard to keep herself from chuckling. “Like the actor?”

“I was Liam first,” the vamp said. “Many, many years before this so-called actor.

Quote of the Week: Maybe stories are just data with a soul.” Brene Brown, Author

Are you still reflecting on the bloggers you connected with on the @atozchallenge? Want to try Sortilege Falls? Sounds interesting, right? I’d like to know what’s wrong with those models and what their parents are hiding.