I don’t usually post about new books on Monday,  but sometimes we need to adjust to fit other schedules. I hope you enjoy reading about this book.

“What if history didn’t happen that way … the first time?”

Garison Fitch was one of the most revered scientists in the Soviet Americas until he left fame behind to work on a secret project in his log cabin in the mountains of Marx.

But something went wrong. Instead of traveling interdimentionally, Garison has traveled through time … twice.

Now, he’s in something called “The United States of America” and a woman he’s never met before is calling herself his wife. It it a hoax? Or, has he somehow changed history?

If so, can he return the world to what he believes is “normal”, or must he live in this strange world he created?

Excerpt:
Heather’s Diary
March 15, 2005
I am so scared.
I was expecting today to be one of the greatest days of my life.  It was supposed to be one of the greatest days in the history of the world.  In the grand scope of science and history, maybe today will go down as a great day, for the most ambitious experiment in the field of quantum realities seems to have been at least a partial success.
As this once promising day winds down, though, I have to think it’s the worst day I’ve ever known.  It’s the end of the day, the sun has gone down just like it’s supposed to and everything seems fine about the world except that I am alone in my bedroom.  My husband is in the house, but I don’t want him in here.  I’m afraid of him.
Afraid of Garison?
Somehow, I know it’s not his fault, though.  He must have gotten hit on the head, or been drugged or something.  Because the Garison who came back from the experiment today isn’t the Garison I married.
Something is wrong with him.  I have to find out what so I can help him.
What can I do?  And what if I can’t help him?  What if this is permanent?
Maybe I’m being silly.  Maybe this is just temporary.  It all started just this afternoon, after all.  Maybe it’ll be gone in the morning and everything will be back to normal.
He claims he’s been gone five years, though.  And he looks like he’s been gone five years or even more.  What if that’s true?
What can I do?
$25 Tour wide giveaway. Go to  Rafflecopter
Purchase
Kindle * Nook * Smashwords

Welcoming a new book is always a nice way to start at new month. Hope you’ll support Garrison and buy his book. 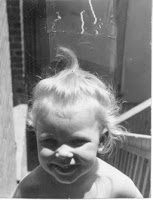 I’m guessing I was about two here,  and when I asked my mom where this was taken, she said Modesto–you know a hot valley town in California. This picture happened way before Valley Girls became popular. Want to see what other bloggers looked like back at the beginning, before writing set in? 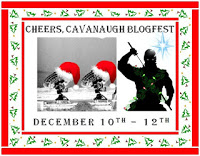 If you have book coming out in 2013 here’s a place to go for a super book trailer. MISTY TAGGART creates some very special, unique trailers.  I loved mine. You’ll love yours.