Mark’s my Featured Follower for August, and he’s written one beautifully hot book. Here’s my REVIEW. 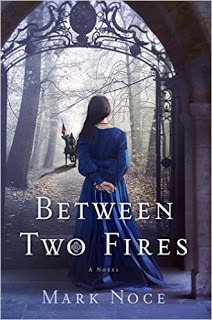 Here’s some praise from Bestselling Authors for Between Two Fires

“A spirited ride through a turbulent slice of Welsh history!” – Paula Brackston, NYT Bestselling author of The Witch’s Daughter

“A fast-paced read that has a wonderfully visual style and some memorable characters. Mark Noce combines Welsh history with a touch of folkloric magic in this promising debut novel. Lady Branwen is a strong and engaging narrator and the turbulent setting of early medieval Wales makes a fine backdrop for an action-packed story.” – Juliet Marillier, Bestselling author of Daughter of the Forest and Wolfskin

Synopsis of Between Two Fires


Saxon barbarians threaten to destroy medieval Wales. Lady Branwen becomes Wales’ last hope to unite their divided kingdoms when her father betroths her to a powerful Welsh warlord, the Hammer King.
But this fledgling alliance is fraught with enemies from within and without as Branwen herself becomes the target of assassinations and courtly intrigue. A young woman in a world of fierce warriors, she seeks to assert her own authority and preserve Wales against the barbarians. But when she falls for a young hedge knight named Artagan her world threatens to tear itself apart. Caught between her duty to her people and her love of a man she cannot have, Branwen must choose whether to preserve her royal marriage or to follow her heart. Somehow she must save her people and remain true to herself, before Saxon invaders and a mysterious traitor try to destroy her. 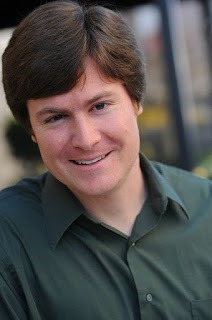 Mark Noce writes historical fiction with a passion, and eagerly reads everything from fantasy to literature. Born and raised in the San Francisco Bay Area, he’s an avid traveler and backpacker, particularly in Europe and North America. He earned his BA and MA from Cal Poly, San Luis Obispo, where he also met his beautiful wife. By day, he works as a Technical Writer, having spent much of his career at places like Google and Facebook. In addition to writing novels, he also writes short fiction online. When not reading or writing, he’s probably listening to U2, sailing his dad’s boat, or gardening with his family.
His debut novel, Between Two Fires, is being published by Thomas Dunne Books (an imprint of St. Martin’s Press and Macmillan). It is the first in a series of historical fiction novels set in medieval Wales.

Here’s something about why he chose this period to write about. It’s very interesting.

Hi Lee, thanks for having me here today!


Writing Between Two Fires of course begs the question, why write about a story set in early medieval Wales?


I’m fascinated by any “dark age” period of history. Not just a tale about civilization collapsing or backwards technology, but eras that have largely been lost to the modern historical record. We know very little about Wales around the year 600 AD aside from a few ruins, a handful of rare texts, and some oral legends.


As an author, I feel that historical fiction allows us a way to bridge the gap and extrapolate a little further than historians can comfortable go.


This is a double-edged sword of course, giving me both freedom as another author to create a compelling narrative, but it also comes with a responsibility to make a believable, even probably setting in which my characters inhabit.


We’ve literally lost the names of some of the kingdoms and kings who ruled during this period, let alone the happenings of the common people. To me, that’s too much of a mystery to resist, and I have to admit, I had a lot of fun researching and coming up with the early medieval world for my protagonist, Branwen.


I sincerely hope you enjoy it! 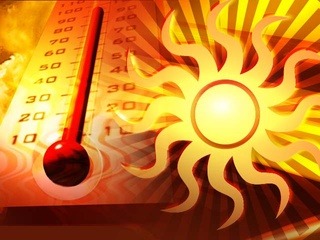 And did I say August was HOT? Yes, I did. So many new books out, and I’m pleased to say that Sign of the Green Dragon is launched. Thanks again to all who helped me out and continue to lend a hand. It has some great reviews for which I am always very grateful.


This book has more twists than a dragon’s tail. 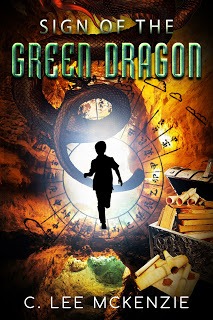 The Quote of the Week: “If you’re creative, you get busier as you get older.” Tony Bennett. And he should know.

I’ll be around to see everyone, but I’ll be a little late in some cases. I have some family things to do this week. And then there’s always the garden that takes more time this month.