In my last post before I took a break, I wrote about Literary Dialect and gave some examples of how a writer can capture in print the way a character sounds.  I stopped before I got into the issue of “respelling.”

You know,  gonna instead of “going to,” hafta instead of “have to.” This technique has stirred some controversy among linguists as well as writers, so I thought it would be interesting to present the opposing views here, and then ask for your opinions.

Dr. Dennis Preston, distinguished professor of linguistics at MSU has presented strong objections to respelling. He’s even given it a special name–Eye Dialect–referring to how the prose looks on the page Here’s why he objects to using it.

All speakers of English reduce vowels and cluster words in normal conversation. How many people, including yourself, say, “I have to go now.”? If I wrote what I’d hear it would look like this. “I hafta go now.” So if you single out one group to misspell or mark as different, Dr. Preston believes you are devaluing that dialect.

He also says that writing dialect phonetically may distract readers, so they pay more attention to how something’s being said than what’s being said. He gives an excerpt from Uncle Tom’s Cabin as an example: 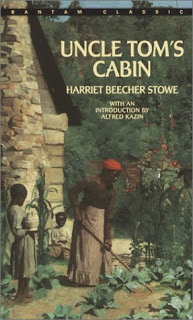 “But, Aunt Chloe, I’m getting mighty hungry,” said George. “Isn’t that cake in the skillet almost done?” “Mose done, Mas’r George,” said Aunt Chloe, lifting the lid and peeping in, — “browning beautiful — a real lovely brown. Ah! let me alone for dat. Missis let Sally try to make some cake, t’ other day, jes to larn her, she said. ‘O, go way, Missis,’ said I; ‘it really hurts my feelin’s, now, to see good vittles spilt dat ar way! Cake ris all to one side — no shape at all; no more than my shoe; go way!”

Harriet Beecher Stow didn’t set out to devalue the black dialect, but Dr. Preston believes that even though this devaluing is unintentional it is inappropriate. In her blog  Anne Sibley O’Brien writes,

“Being a dominant group member is like having a free pass that members of out-groups don’t have, but with no awareness of having it. Given such conditioning, developing White Mind is pretty much inescapable.”

So she and Dr. Preston say that respelling one group’s language may reveal more about authors and their assumptions/biases than about the characters they’re creating.

In contrast the Folklorist, Dr. Elizabeth Fine says this is an expression of appreciation for the characters and their dialects. The author is using an effective way of letting the reader “hear” the voice. Eye dialect translates performance (how a character sounds) into print.

When you read Eye Dialect, what is your reaction? Is it distracting or does it help you “hear” the characters’ voices? If you’re a writer, do you use Eye Dialect? How much? I’d love to hear from you and find out what you think about this technique.