I’m blogging on Friday again, but this time it’s to ask for writerly support for the WestSide Book authors. 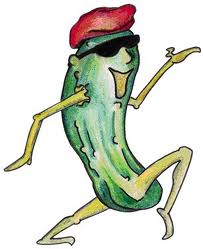 We’re in a pickle.

WestSide is up for sale, but no one seems to know that, so all of our books are in limbo because no business is being conducted.

Can you put the word out?
Can you purchase one of our books to enhance our visibility?
Can you send chocolates? (We have plenty of pickles, so don’t send any of those.)
OR
Buy Our Publisher & I’ll Give You a Raccoon (This was Beth’s idea, but I’ll up the prize and make it TWO Racoons.)

I can’t put Sliding on the Edge or The Princess of Las Pulgas out as eBooks. I can’t do much of anything, but wait. The other authors are in the same situation.

Beth Fehlbaum took out an ad in Publisher’s Marketplace for today to highlight what’s going on. Hope you’ll check out her post. Here’s the list of all the WestSide authors.

A Closer Look by Karen DelleCava

Between Us Baxters by Bethany Hegedus-a 2010 Bank Street Best Book for Children, starred; Top 40 Fiction Books for YA by the Pennsylvania Library Association

Cracking the Ice by Dave Hendrickson

I Am Nuchu by Brenda Stanley

One Wish by Leigh Brescia

Open Wounds by Joseph Lunievicz–Starred Review in Publisher’s Weekly; Book of the month in October at Treasured Tales for Young Adults

Orphan! by John R. Weber–selected a Top 40 YA novel for 2010 by the Pennsylvania School Librarian’s Association

Pull by B.A. Binns—nominated for a 2012 YALSA Quick Pick for Reluctant YA Readers; 2010 National Readers Choice Award in the Young Adult category.

Running for My Life by Ann Gonzalez

Saved By The Music by Selene Castrovilla

Sliding On The Edge by C. Lee McKenzie

Something Terrible Happened on Kenmore by Marci Stillerman

Star in the Middle by Carol Larese Millward–Best YA Books of 2010: A Literary Mixtape – GalleyCat

Stringz by Michael Wenberg- selected a Top 40 YA novel for 2010 by the Pennsylvania School Librarian’s Association; Top Choice Award from Flamingnet

The Girl Next Door by Selene Castrovilla–selected a Top 40 YA novel for 2010 by the Pennsylvania School Librarian’s Association; one of GalleyCat’s Best YA Books of 2010

The Summer I Got A Life by Mark Fink