Death of a Foe, The Incomplete Story

We are all touched by death. Our friends. Our family members. Celebrities we’ve followed for years. And we grieve for them, remember their part in our lives and move on. But what happens when a foe dies?

This past week I had that experience. I didn’t just hear they had died; I learned of their dying and was kept up-to-date on their condition until their death, so I had a week to reflect on a period in my life that was, to say the very least, miserable. And a lot of that misery stemmed from what this person did.

At one time I’d considered this person a friend, so when I discovered they’d been telling half-truths to me and to colleagues, I was devastated.

“Why are they doing this?” I remember asking.

They wanted my job. That was the answer.

Very simple, isn’t it? And not uncommon. This sort of thing is what some great stories have been crafted around. It’s just not so great when you’re the dupe.

But here’s why I’m writing this down. This person has been in my head for a week, and not because I’ve thought of vilifying them, but because I’ve been saddened during their dying and at their death. And this sadness is more complicated than I imagined. You see, I thought this would be my chance to gloat. Human nature, right? I couldn’t. All I could do was feel a sense of loss and incompletion. We should have had one last talk to set things right, to restore a balance in our tiny universe of a relationship.

Someday I’ll write about the death of a foe, and I’ll dredge up these feelings. This story about two former friends will never have a satisfying ending for me. If I write it, I may be able to give myself one. 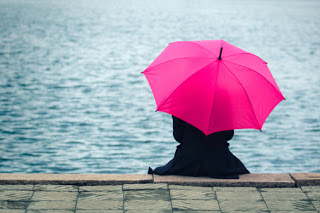 Quote for the Week: “When people die, they cannot be replaced. They leave holes that cannot be filled, for it is the fate–the genetic and neural fate–of every human being to be a unique individual, to find his own path, to live his own life, to die his own death.” Oliver Sacks, Author, Neurologist